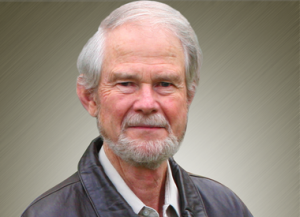 Joseph Robinette is the author or co-author of 55 published plays and musicals, and is a Tony Award nominee for the libretto of the acclaimed A Christmas Story, The Musical. Robinette was professor emeritus at Rowan University, teaching speech and theatre there for 34 years prior to his 2005 retirement.

His works have been produced at the Lunt-Fontanne Theatre and Lincoln Center for the Performing Arts in New York, Pittsburgh Playhouse, The 5th Avenue Theatre in Seattle, the Goodman Theatre in Chicago, Kansas City Repertory Theatre, the BBC and in all 50 states and in 17 foreign countries. Twelve of his works have been translated into foreign languages, and another five have been anthologized.

Robinette collaborated with E.B. White on the authorized stage version of Charlotte's Web, and he wrote the musical version with Charles Strouse (Annie and Bye, Bye, Birdie). Other dramatizations include The Lion, the Witch and the Wardrobe, Anne of Green Gables and Stuart Little.

He is the recipient of the American Alliance for Theatre & Education's Charlotte B. Chorpenning Cup, the 2004 Distinguished Play Award for Sarah, Plain and Tall and the Children's Theatre Foundation of America medallion for his “body of dramatic works for family audiences in the United States and beyond.”

Fern Arable joins the well-known clan of farm animals in a classic story about friendship.

The Lion, the Witch, and the Wardrobe, based on the C.S. Lewis novel, depicts the adventures of four brave kids who stumble upon a hidden world.