Learn more about our teaching artists and their upcoming classes. 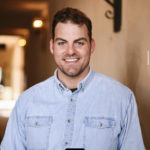 Donny Gersonde is a local performer and teaching artist! He teaches Tap, Musical Theatre, Jazz and Audition Prep at the Coronado School of the Arts, and is the dance coordinator for the advanced performing arts program at Coronado Middle School. He is also a freelance dance teacher at many places across the county, including Tap Fever Studios in PB. 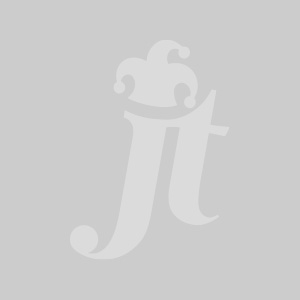 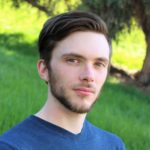 Hunter Brown is a Teaching Artist and performer based in San Diego. They have been studying acting/stage combat for 14 years, and teaching for the last four. They have taught at San Diego Junior Theatre, the Red Mountain Theatre Company and the Birmingham Children’s Theatre. 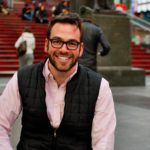 Jason Blitman is a director, producer, casting director and acting coach, who after 10 years in New York City is now based in San Diego. As the Associate Artistic Director for TheaterWorksUSA, Jason hired 400+ actors to work in dozens of Equity shows touring around the country and Off-Broadway, as well as the casting for The Lightning Thief: The Percy Jackson Musical in its original run. Jason worked as a freelance director where he assisted on the New York Philharmonic productions of the Emmy-winning Sweeney Todd starring Emma Thompson and Show Boat starring Vanessa Williams and Norm Lewis; assisted Roger Rees on the new musical Dog and Pony at The Old Globe; assisted Michael Grief on readings of the new musicals Dear Evan Hanson and A Walk on the Moon; directed Into the Woods on Fire Island, Skyline, a new musical at the New York International Fringe Festival, and has developed multiple new musicals with up-and-coming writing teams. During his time in the artistic department of The Public Theater, Jason worked on over 40 productions including Intelligent Homosexual’s Guide…, The Apple Family Plays, and Fun Home. Jason is a graduate of The Theatre School at DePaul University. 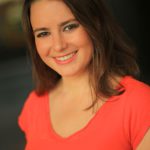 Julia Giolzetti is an actor, teaching artist, mom, San Diego native and proud alumna of San Diego Junior Theatre. She holds a BFA in Theatre from NYU’s Tisch School of the Arts. For 2 years and almost 400 shows she performed Off-Broadway with the New York Times Critic’s Pick Drunk Shakespeare. Other New York theatre credits include over 15 Shakespeare plays, originating roles in 3 world premieres, and national ad campaigns. She taught theatre workshops in NYC at Gramercy Arts High School, City Lights Youth Theatre, the Manhattan JCC and as a one-on-one monologue coach. In addition, she led classes as supplements to performances with the all-female ensemble the Tempest Ladies in Istanbul, Turkey. Here in San Diego, she has taught at North Coast Rep, in many county classrooms with Playwrights Project, and toured multiple Shakespeare productions in local schools with Intrepid Theatre Company. Last year during lockdown, Julia created Sofa Shakespeare, a global project where anyone can perform 1 minute of a Shakespeare play from home. Her goal is to help students gain confidence, learn the art of performance, and have fun on stage. 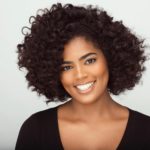 Kandace Crystal is a multi-hyphenate theatre maker and currently serves as the Artistic Director of American History Theater. Kandace spent 5 years working for Barbizon USA and is the creator of Theatre Alliance’s Roundtable series exploring issues that plague our industry. Additionally, Kandace developed a Podcast/Oral Documentary with Cloudcast Media entitled 8:46-The Catalyst for Change, in response to the disproportionate murder of black and brown people at the hands of police. You can find her performing around San Diego, most notably in the “Get Ross” commercials. Kandace graduated with a BFA in Acting from Florida State University and is a former mime. 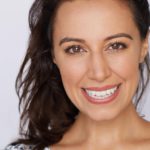 LaVon Wageman was born and raised in San Diego, California. At a young age, she was immersed in the arts; from dancing ballet, tap, jazz, Irish, salsa and modern, to figure skating and performing plays and musicals at Francis Parker School and San Diego Junior Theatre. She attended New York University’s Tisch School of the Arts and graduated with a BFA in Drama. LaVon is a professionally trained voice-over actor, Upright Citizens Brigade improviser, UCLA trained screenwriter, singer and dancer. She has acted in off-Broadway plays in New York City, national commercials, television and film. 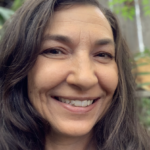 Leasa Thernes is a Teaching Artist, award-winning Filmmaker and Choreographer. She has written, directed, and/or produced five short films. Her film: Basket of Sane, won awards for Best Surrealist and Best Experimental at the New York International Independent Film Festivals in New York City and Los Angeles, and was a participant in the Cannes Film Festival’s Short Film Corner in Cannes, France. She has directed and choreographed numerous Ballets and Theatrical Productions. Her choreography won the Gold Medal for Group Dance and the Silver Medal for Solo Dance at the Maccabi Games (Jewish Olympics) in Boston. Leasa can be found teaching, choreographing and directing at Coronado Academy of Dance, San Diego Junior Theatre, the Lawrence Family Jewish Community Center, and at numerous after school theatre enrichment programs around San Diego county.

March of the Penguins

Get On Your Feet!

Dance Theatre: Head Over Heels and Other 80s Hits 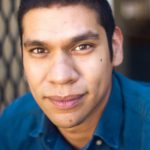 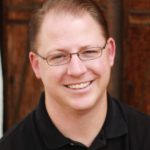 Patrick Marion is thrilled to be getting back in person for classes and camps! Patrick has been teaching and performing with Junior Theatre since 2006. In addition to running his own private music studio, he has also taught and directed classes and shows for Young Audiences of San Diego, Francis Parker Upper School, and is the current accompanist for the Musical Theatre program at Grossmont College. Patrick frequently performs and directs music for productions at Diversionary, Cygnet and Lamb’s Players Theatres. 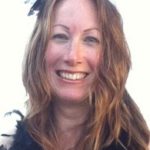 Sarah Siegel holds a degree in theatre from San Diego State University. She began her theatre career in the San Francisco area, performing and directing for several years before moving to New York City, where she started two theatre companies and continued her work in both theatre and film. While in New York City, Sarah continued her training, studying under Milan Stitt and Lanford Wilson at the Circle Repertory Company. In addition, she worked as a private audition coach and acting instructor helping her students obtain roles on stage and screen. In San Diego, some of Sarah’s favorite places she has worked have been The Fritz Theatre, Stu Segall Productions, and of course as a teaching artist at JT, teaching acting and directing since 2002, where she has had the joy of watching so many students grow up and shine. When she is not teaching, she works as a certified integrative hypnotherapist and uses these skills to help her students discover their confidence and joy in being themselves. 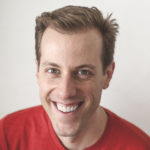 Scott Rad Brown is an actor living in San Diego. He is also a tap dancer, playwright, director, producer, filmmaker, art director, fine artist, painter, graphic designer, woodworker, jewelry-maker, rock climber, traveler, educator, robot enthusiast and one-time lumberjack. Originally from Rochester, NY, he has performed extensively throughout the country in films, plays, farce, musical theater, commercials and as a tap dancer. Since arriving in San Diego, he has worked with The San Diego Rep, The San Diego Symphony, and most recently with the Los Angeles Philharmonic at the Walt Disney Concert Hall. 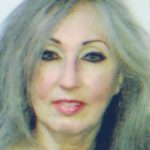 Tammy Molenaar has been sewing and creating her whole life. She started designing costumes for San Diego Civic Youth Ballet about 13 years ago and has since moved into the SDJT costume department as well.