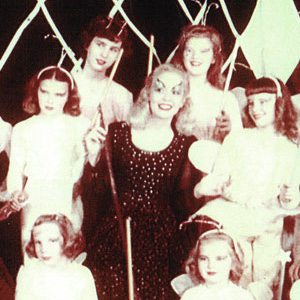 The Rose and the Ring

Set in the fictional countries of Paflagonia and Crim Tartary, The Rose and the Ring revolves around the lives and fortunes of four young royal cousins, Princesses Angelica and Rosalba, and Princes Bulbo and Giglio. Switched identities, pantomime, ballet, magic rings and roses, fairies and exciting intrigue ensue!

The Rose and the Ring; Thackery's "Fireside Pantomime for Great and Small Children." Adapted for the stage by Harris Deans. Music by Robert Cox. Lyrics by Desmond Carter. Based on The Rose and the Ring; or, the History of Prince Giglio and Prince Bulbo; a Fire-side Pantomine for Great and Small Children by William Makepeace Thackeray. Specially written for the Liverpool Repertory Theatre, and first produced by William Armstrong at The Playhouse, Liverpool, December 24, 1922. Produced by special arrangement with the Samuel French Company, New York, NY. Production sponsored in part by the City of San Diego Park and Recreation Department.