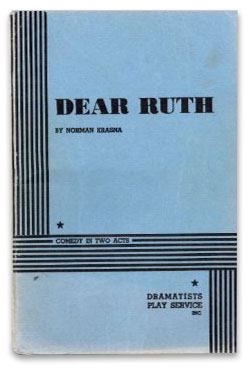 Using her older sister’s name, a young girl becomes romantic penpals with an overseas soldier. When the soldier returns, he finds that his distant lover is already engaged, but through a series of hilarious complications and plot twists, the elder sister becomes entirely convinced that her original engagement was a mistake and decides, at the very end, to marry the soldier anyway.

This comedic production was staged ‘arena’ style (theatre-in-the-round) in Falstaff Tavern, the original restaurant facility adjacent to the Old Globe Theatre. In 1969, the tavern was remodeled to become the 225-seat Cassius Carter Centre Stage. 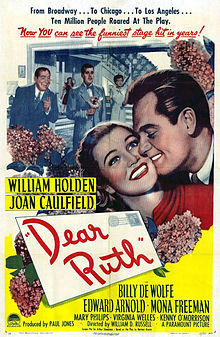