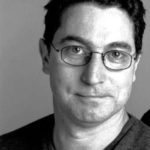 Willie Reale is a freelance writer, living in New York. He has collaborated with his brother, Robert, on a musical called Once Around the City, which was produced by New York Stage and Film and at the Second Stage Theatre in New York. Quark Victory, another musical written with his brother, was produced by the Williamstown Theatre Festival. Other plays have been produced at the Ensemble Studio Theatre, the Actors Theatre of Louisville, and Circle Repertory Company.

With his brother he has written A Year With Frog and Toad, which was performed at the Children’s Theater Company in Minneapolis, the New Victory Theatre and at the Cort Theater on Broadway. Willie received two Tony nominations for his book and lyrics. In 1981, he founded The 52nd Street Project, an organization that brings inner-city children together with professional theater artists to create theater. He served as the theater's artistic director for 18 years. With the Project, he produced hundreds of plays. The programs of The 52nd Street Project are currently being replicated at 12 sites across the country through a series of publications entitled The Kid Theater Kit. For the kit he wrote “52 Pick Up,” the Project how-to manual, as well as numerous plays, and the lyrics to hundreds of songs, including two full-length musicals, all of which are available through Dramatists Play Service. In June of 1994, he was awarded a MacArthur in recognition of his ingenuity in creating theater and theater education programs for young people. For television, Mr. Reale has written for the NBC dramas Homicide: Life on the Streets, Deadline and Mr. Sterling.

Based on Arnold Lobel’s beloved children’s books, “A Year with Frog and Toad” is a musical tale of two unlikely friends: the cheerful Frog, and curmudgeonly Toad.

A whimsical musical that tells the story of two best friends: a cheerful Frog, and a curmudgeonly Toad.