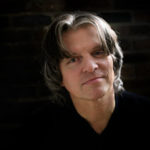 Rob Reale is a composer, among his Broadway musicals, are A Year With Frog And Toad (Tony nomination). Off-Broadway: Once Around The City, Quark Victory. Music for plays: Richard Dresser’s Rounding Third directed by John Rando, Diva, (WTF), Salvation’s Moon. Film: Ten-13, Passing Over, Wigstock, Dealers Among Dealers, The Victim, others. Television: PrimeTime, 20/20, Inside Edition, Out There (theme), Invent This (theme), Mugshots, Crime Stories, The System, The Mailman and the Pirhana, Case Closed, Beating The Rap, The Royals: Dynasty or Disaster?, and others. As composer and record producer he has worked with Julie Andrews, Mel Torme, Sid Caeser, and Imogene Coca.

Based on Arnold Lobel’s beloved children’s books, “A Year with Frog and Toad” is a musical tale of two unlikely friends: the cheerful Frog, and curmudgeonly Toad.

A whimsical musical that tells the story of two best friends: a cheerful Frog, and a curmudgeonly Toad.