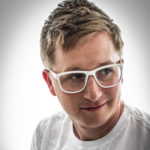 Kyle Jarrow is a Tony Award-nominated, Obie Award-winning writer and musician who makes work for television, film and the stage. He wrote the book for Broadway's The SpongeBob Musical, for which he was nominated for Tony, Drama Desk and Outer Critics Circle Awards.

His plays have been seen all over the U.S., in Canada and in Europe, including The Old Globe, Steppenwolf, New York Theatre Workshop, Ars Nova, P.S. 122, American Repertory Theatre, Williamstown Theatre Festival and London's Other Palace Theatre. In addition to his more “traditional” theater pieces, Kyle has also delved into the burgeoning field of immersive theater and developed work for Cirque Du Soleil.

The stakes are higher than ever in this dynamic stage musical, as SpongeBob and all of Bikini Bottom face the end of their undersea world.