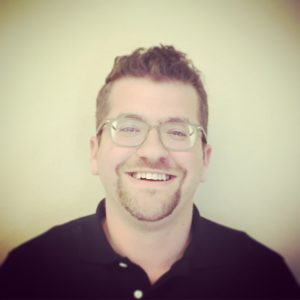 He is the Founding Artistic Director of Breakthrough Workshop Theatre, an education-focused nonprofit organization. There, he wrote, directed and starred as Miss M in the world premiere, semi-autobiographical play Miss M Saves the Universe! and directed/performed in Thomas Hodges’ award-winning song cycle, The Things We Never Say, both as part of the San Diego International Fringe Festival. The cast recording of BWT’s The Things We Never Say is currently available on iTunes and Spotify and the 4th Season of Breakthrough Workshop Theatre projects will begin in January 2016. Ira also currently serves as Marketing & Communications Coordinator for the historic San Diego Civic Youth Ballet, and is proud to be a part of the thriving youth arts education community in Balboa Park.

Flight of the Lawnchair Man is a musical that tells the story of Jerry Gorman, who soars to 16,000 feet with nothing but a lawnchair and 400 helium balloons.

Pinkalicious can’t stop eating pink cupcakes despite warnings from her parents. Her pink indulgence lands her at the doctor's office with “Pinkititis,” an affliction that turns her pink from head to toe — a dream come true for this pink-loving enthusiast.

In this hilarious fairy tale adventure, princess Rapunzel may indeed find a way to escape the tower and take her rightful place as the ruler of the Kingdom - she will surely find a way inside your heart!

Out of the Wings: Ira Bauer-Spector

Out of the Wings: Ira Bauer-Spector