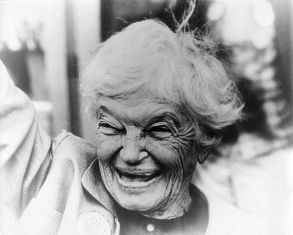 Emma Gelders Sterne (1894–1971), born in Birmingham, Alabama, was an American author of children’s books, with a historical and literary focus. At an early age, Sterne became involved in the American Suffrage Movement, and in cooperation with a newly established juvenile court, she started a school for delinquent children in 1917.

Sterne began her writing career by serving on the editorial staff literacy magazines in high school and while attending Smith College. She attended Columbia University Graduate School taking courses in English and philosophy.

She sold her first story in 1923 while living in Pelham, New York. She continued to write children’s books, gardened extensively, and pursued her interest in civil reform.

She continued writing for the rest of her life, focusing on history and children’s literature, which she managed to combine in her historical adaptations for children, such as the legends of King Arthur, the biography Amarantha Gay, M.D., or Long Black Schooner: The Voyage of the Amistad. Topics related to social justice, such as Native American history and slavery, were recurring themes in her 44 books.

The adventures of a reluctant dragon named Alexander Augustus, who hibernates until 1952.