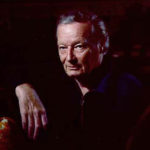 Born in New Mexico in 1915, Noel came to San Diego as a child. He was associated with The Old Globe since its community theatre inception in 1937 and guided the organization through its metamorphosis from a community theatre of the highest standards to one of the nation's most successful regional theatres.

In 1948, the San Diego Junior Theatre Wing of the Old Globe Theatre was established at the suggestion of Noel. With instructors and facilities provided under the Old Globe’s stewardship, Irma Fraser MacPherson directed the organization’s first groups of students.

Noel created the San Diego National Shakespeare Festival in 1949, making the Globe the first professional theater on the West Coast. In 1983, he established Teatro Meta, a bilingual playwriting program involving thousands of young San Diegans. He was instrumental in creating the Master of Fine Arts in Acting program at the University of San Diego in 1987.

During Craig Noel’s distinguished career with The Old Globe, he staged over 225 productions of all styles and periods and fostered the careers of numerous actors and directors, including Jack O’Brien, Marion Ross, David Ogden Stiers, Kelsey Grammer, Kandis Chappell, and Jonathan McMurtry.

Poor Cinderalla is taunted by her evil step-mother and sisters. Will she ever escape and meet her Prince Charming?