Born Marian Ross (with an “a”) in 1928, she grew up in her native state and, at one time, worked as a teenage au pair in order to earn money for drama lessons at the MacPhail Center in Minneapolis. Her family relocated to San Diego when she was in her late teens, and Marion graduated from Point Loma High School.

Changing her stage moniker to Marion (with an “o”) Ross because it read classier to her, the young hopeful enrolled at San Diego State College and appeared in the theater department’s various productions. She participated in the Old Globe’s collaboration with San Diego State in forming the first Shakespeare Festival, starring as Lady Olivia in Twelfth Night. Graduating in 1950, Marion worked in summer theater in and around the San Diego area, including the Old Globe Theatre.

She then landed a Paramount Studio contract and found roles in The Glenn Miller Story (1954), Secret of the Incas (1954), Sabrina (1954) and Pushover (1954). At the same time, she won a regular role as the Irish maid “Nora” in the Victorian-TV comedy Life with Father (1953) which ran a couple of seasons and was headed by Leon Ames and Lurene Tuttle. This program happened to be the first live color series for network Hollywood TV.

Stardom came to her with the nostalgic sitcom series Happy Days (1974), which arrived on a wave of ’50s popularity triggered by the huge box-office reception to the film American Graffiti (1973). The show starred Graffiti lead Ron Howard and co-starred Henry Winkler as “The Fonz”. Marion was ideally paired with Tom Bosley, who expertly played her beleaguered husband. Two Emmy nominations came Marion’s way during the show’s ten seasons. 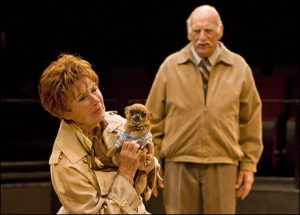 Marion later turned back to the stage, earning renewed acclaim and respect for her roles in Arsenic and Old Lace (which brought her back to Broadway), Steel Magnolias, Long Day’s Journey Into Night, The Glass Menagerie, Pippin and Barefoot in the Park. She also toured with her one-woman show as poet Edna St. Vincent Millay entitled A Lovely Light. On TV, Marion found recurring roles on Touched by an Angel (1994) (a fifth Emmy nomination), That ’70s Show (1998), The Drew Carey Show (1995), Gilmore Girls (2000), Brothers & Sisters (2006) and also provides the voice Spongebob’s grandmother in Spongebob Squarepants.

She recently returned with critical acclaim to the Old Globe Theatre in The last Romance (2010) and Over the River (2014).

Poor Cinderalla is taunted by her evil step-mother and sisters. Will she ever escape and meet her Prince Charming?