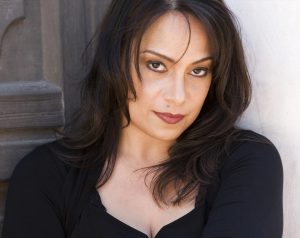 Shirley Johnston began tap dancing at the age of 6 and fell in love with dance so immensely, she soon added ballet and jazz. At the age of 16 she was a member of an award winning dance company that went on to win a National Tap Dance Championship.

Shirley taught dance all over San Diego for over a decade before becoming a high school show choir choreographer. This put her on the path to musical theatre. In 1999, she was cast in her first professional show Some Like It Hot, at Starlight Musical Theatre in Balboa Park. Since then, Shirley has performed, choreographed and directed all over San Diego County and in New York City.

This past summer, she launched her own Musical Theatre training program (Break A Leg Productions) where serious young artists took classes in acting, voice, and dance and were taken through the production process.

Currently she teaches Musical Theatre Dance at Culture Shock Dance Center as well as teaching individuals and small groups privately. Most recently, Shirley was seen on the Moonlight Amphitheater Stage as The Witch in Big Fish. In the Summer of 2016, she will once again run the Break A Leg Productions Musical Theatre Boot Camp at Culture Shock Dance Center.

A prince learns the true meaning of glory, love and war in this iconic musical allegory

Out of the Wings: Shirley Johnston