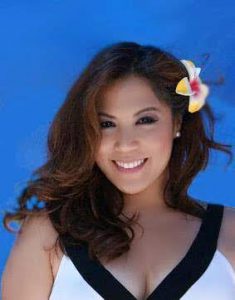 Originally from the Philippines and raised in Chula Vista, Francine Maigue graduated with her master’s degree in Management from Harvard University, her B.A. in World Arts & Cultures with a concentration in Dance Studies from UCLA, and a certificate for completing coursework in Workplace Psychology from the University of Cambridge.

In addition to her service in government, Francine has led a successful career in the performing arts, dancing alongside legends, like Mikhail Baryshnikov and Jackie Jackson. After achieving High Honors in classical ballet from the Royal Academy of Dancing, Francine trained in a wide range of dance genres from hula to hip hop, Philippine folk to flamenco, tap to tango, to name a few. Francine holds the record for the most wins as the Pacific Coast Talent Champion, a title she was awarded for eight consecutive years for her prowess in dancing. A professional arts educator since the age of 11, Francine’s students have been accepted to some of the world’s most prestigious programs like The Joffrey Ballet and Cirque du Soleil, and appear in concert tours, movies, music and videos. Francine’s work as a dancer and choreographer has won countless accolades, contributed to Emmy Award-winning productions and graced stages like The Kennedy Center, The Lincoln Center, and Seoul Olympic Stadium.

Francine’s background in theater spans three decades with some of her favorite roles including Liat in multiple productions of “South Pacific,” Eliza in “The King & I,” and Liza in “Seven Brides for Seven Brothers.”

Francine is passionate about arts advocacy, especially in raising cultural competence and empowering youth and families of all ethnic and socio-economic backgrounds